I never posted a full blog post on the first trimester of pregnancy mainly because… I was on a major struggle bus for most of it. (And tbh, I didn’t want to write a post that might come off highly focused on negative parts of being pregnant.) I’ve since cruised on into my third trimester, and looking back at my first and second, it’s easy to see the major key differences. So I wanted to dive on into how they were different and what I learned from both stages. If you expecting or hope to be be one day, I’m hoping this will give you a little bit more big picture idea instead of chopping it into stages. Sharing the major differences between my 1st trimester vs. 2nd trimester in today’s full post – but keep in mind, everyone’s pregnancy is different! 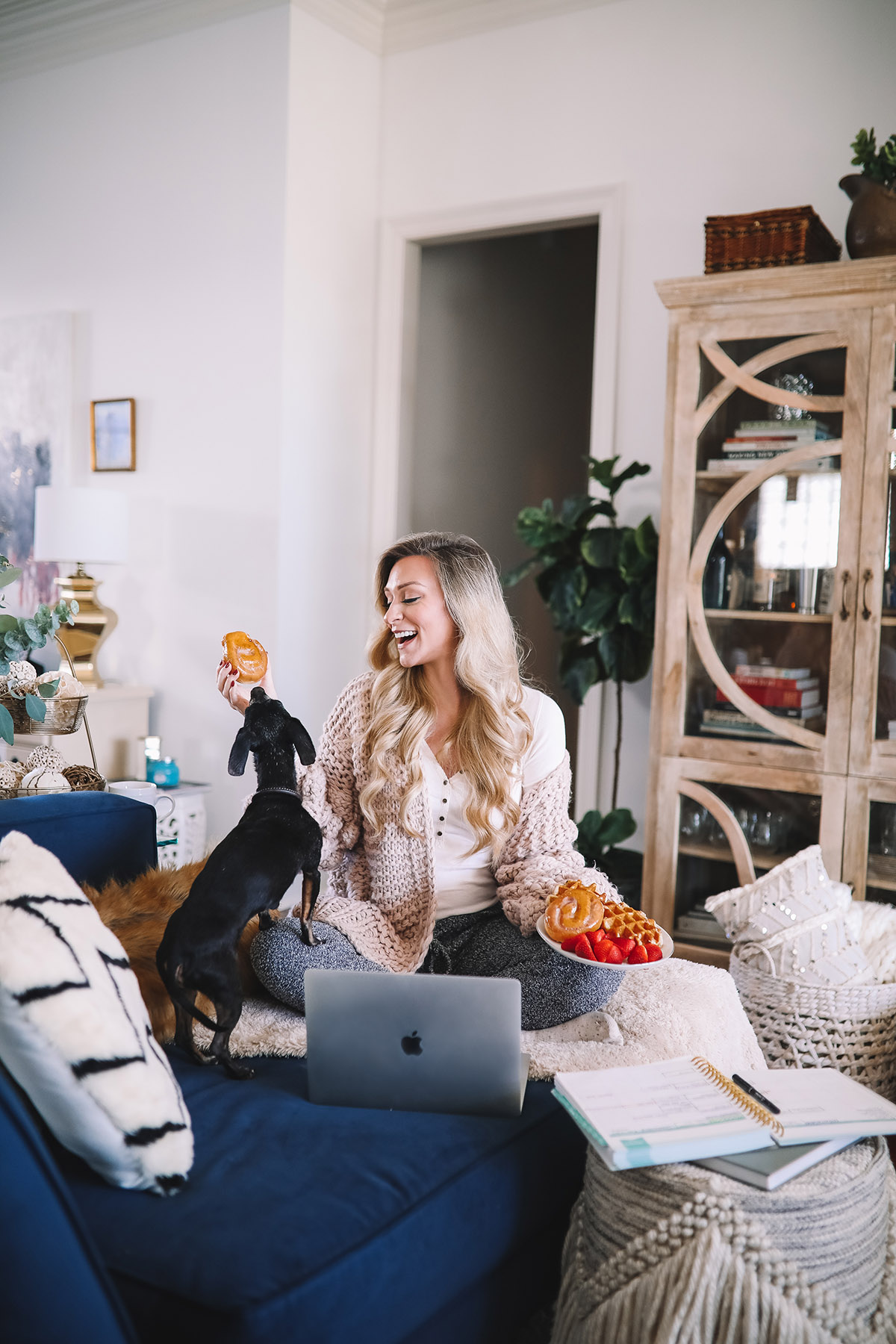 1st Trimester: This was a major game changer for me! One of the biggest hits that I took almost immediately after finding out I was pregnant was my energy level hitting an all-time low. Slowing down was very difficult for me to get a handle on because I’m so used to going full-speed at all times. I was really forced to step back from work, cancel prior scheduled travel plans, and rethink the last months of 2018. By 2 pm most days, I would need to lay down, so I learned to take advantage of my mornings the most. I would go to bed so early during this time too – I just could not keep my eyes open!

2nd Trimester: Like clockwork, my energy level went back to normal as soon as I got to my second trimester. (Just like everyone told me it would.) I was able to start planning for work, blog posts, and photos again like normal. I was able to leave the house like a regular human being, and really, there were some days that I would actually forget that I was even pregnant because that’s how normal I felt – until the kicks started! Sleeping patterns went back to normal, but this is when I introduced the pregnancy pillow to support my little growing bump.

1st Trimester: OH man. Probably the worst part of weeks 9-16 for me because of nausea. I never physically got sick, but I was nauseated like crazy. (Also not really sure why they call it “morning sickness” because mine lasted all day and in fact, was the worst at night.) I wore sea bands and chewed ginger gum and ordered pregnancy pops. I started drinking tea at night before bed. During this time, I also couldn’t stomach most foods and I actually lost weight. If I did eat, I would go for anything with a crunch to it. Fritos, graham crackers, french fries. My only real craving was the one time I asked Jordan to pick up Cool Ranch Doritos.

I also had an extreme aversion to anything healthy – specifically green vegetables like lettuce. Even though I could drink a small amount of coffee, I didn’t even want it which also probably had to do with my low energy level and sleepiness.

2nd Trimester: YAY I could eat again! The nausea was pretty much over by the beginning of the second trimester, and I slowly started to eat again. The only difference was that I was ravenous in the mornings and could only eat small meals at night. One HUGE change for me was my sweet tooth cravings. I’m not normally a person who eats a lot of sugar or dessert, and that’s literally ALL I wanted to eat during my second trimester. (Probably didn’t help that it was during November and December when the holiday treats were in full force.) There were multiple nights when I ate cookies for dinner. OH and, I was able to start drinking a cup of coffee every morning again!

1st Trimester: There were barely any noticeable body changes for me in my first trimester especially since I had a non-existent appetite and lost weight. My skin and hair pretty much remained the same as well.

2nd Trimester: The bump arrived and clothes officially stopped fitting. I basically quit wearing jeans/pants if I didn’t have to and started ordering a size up in dresses and loungewear. I also had to go get sized for new bras which was mind-blowing. (For the first time ever, I was bigger than a B cup!) But maybe one of the biggest changes for me was the appearance of hormonal breakouts along my cheeks and hairline. Going from zero acne to full-blown-teenage-boy-going-through-puberty-acne was ROUGH y’all.

I’ll be doing a full post dedicated to hormonal pregnancy breakouts this along with my updated skincare routine!

1st Trimester: There are several possible digestive concerns that can occur during this time, but I luckily went through without facing any of them. I think drinking warm tea before bed also helped me avoid some of the nighttime indigestion etc that one could experience. I looked for caffeine-free tea options that aid digestion from Whole Foods and Trader Joes.

2nd Trimester: Towards the middle of the second trimester, I got my first real episodes of heartburn + acid reflux. To help prevent acid reflux, I’ve been taking 3-4 Tums before bed. I also try to make sure my last meal of the day is between 6-7 pm. Sometimes there really is no rhyme or reason to it, and I’ll still wake up with burning in my throat and have to sleep sitting up or laying on my left side.

This has been the number one worst part of my second trimester + reason for sleepless nights.

1st Trimester: Like I mentioned in my baby announcement post, I was on hormones to boost my progesterone levels. In the very beginning, I would have to visit the lab pretty often to make sure all my levels were normal and that my natural progesterone production was able to keep up once I was pregnant. Lots of visits with needles and blood getting drawn! We had our initial ultrasound to hear the heartbeat and then another to see the little blinking heartbeat too.

Second Trimester: During this time we went in for our ultrasound for the anatomy scan and to find out the gender. The doctor visits were more spaced out and a lot less lab work. I really didn’t see much of the doctor’s office during this time and thankfully didn’t have any concerns or needs to go in!

So far, the third trimester has really been a continuation of the second trimester. The main difference being the size of my bump and the increased frequency in doctor visits. I have about ten weeks left, and I’m sure a lot of bigger changes will be happening, so I’ll make sure to add those to a new post for y’all!

Let me know if you have any questions for me regarding any of these stages! I know everyone is different, but I’d love to be able to help anyone out if possible! [email protected] 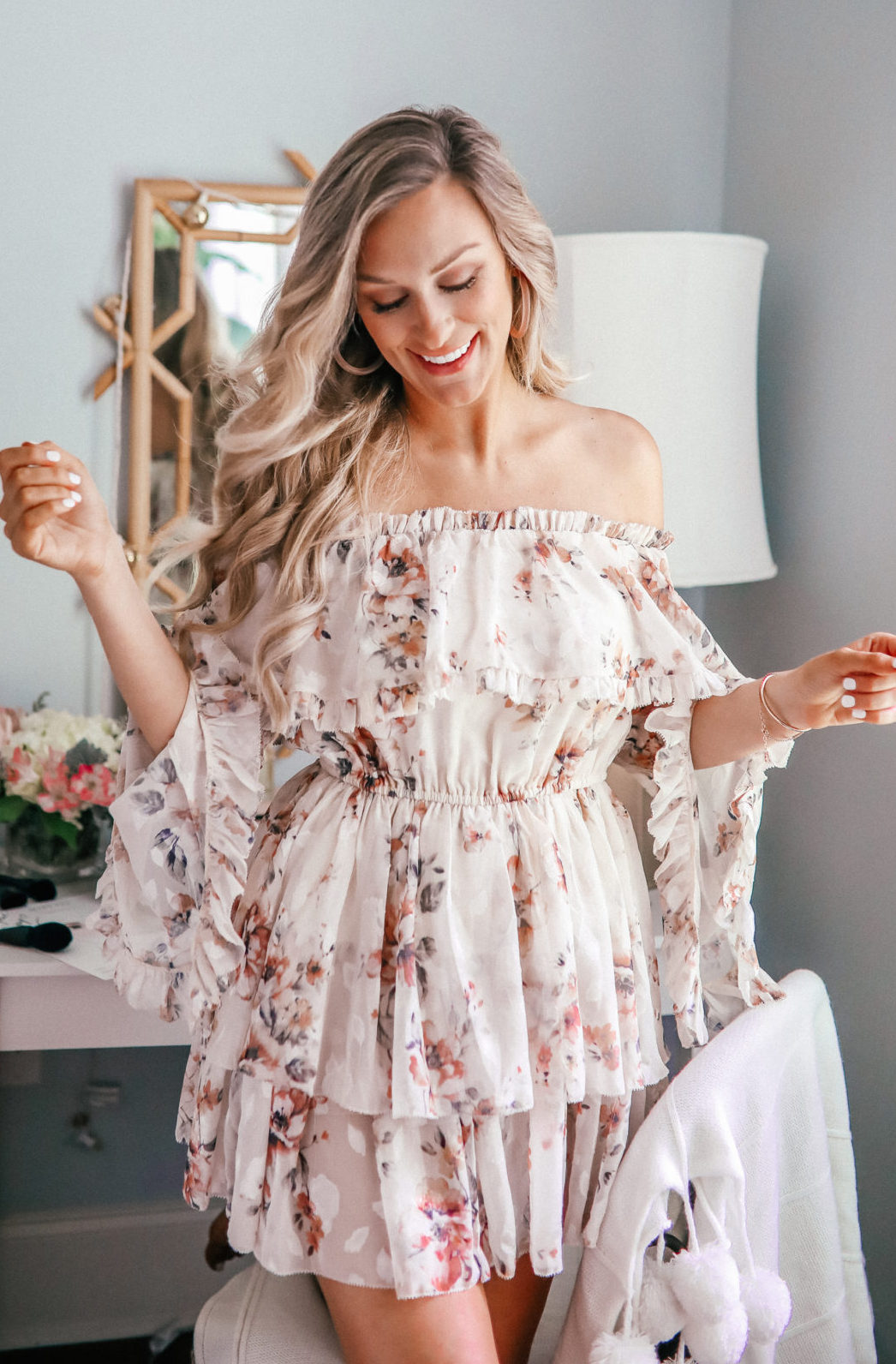